OMDREB staff and volunteers welcomed ticketholders who walked through the doors of Film.ca Cinemas at 171 Speers Rd. at 9 a.m. All guests were greeted by Stormtroopers and local vendors, who were prepared with bouts of Star Wars paraphernalia. In total, OMDREB sold 400 tickets to Members and non-members alike.

Various local brokerages sponsored the stupendous event and specialty vendors Hollywood Canteen from Toronto and Conspiracy Comics from Oakville were at the event with fan gear.

“We could not have chosen a better movie for our first foray into this kind of event,” said OMDREB’s Executive Officer, Marta Sponder. “It was clear from the reaction of those attending that The Force Awakens was definitely worth the wait.”

“OMDREB hopes to see all the Star Wars fans back for the ride with us for Episode VIII.”

Because of its success, OMDREB will reprise the event when the next installment of Star Wars hits theatres. 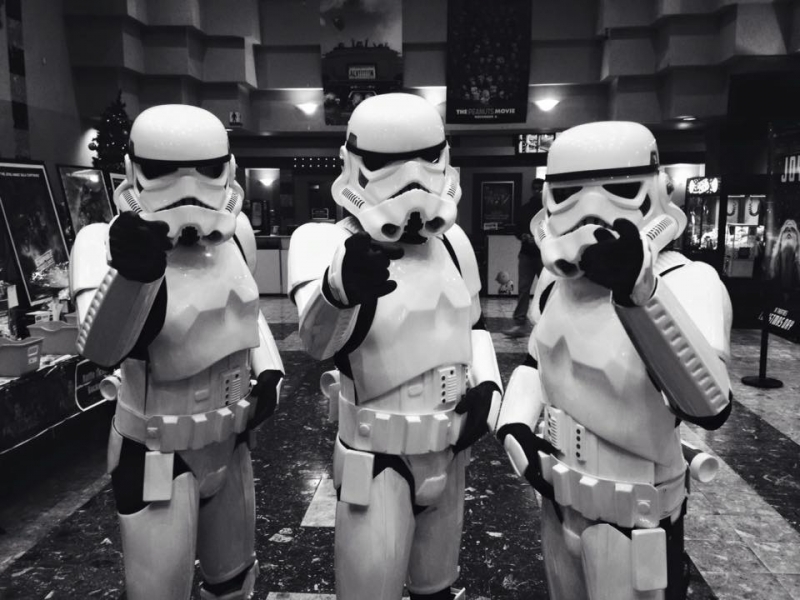 About The Oakville, Milton and District Real Estate Board (OMDREB)

The Oakville, Milton and District Real Estate Board represents over 1,500 REALTORS® who serve the communities of Oakville, Milton, Halton Hills and the surrounding areas. OMDREB serves its members through a variety of support and services, including professional development, technology and advocacy.